How To Remove White Background From App Drawer In Android 5.0 Lollipop

Nov 25, 2014   Mobile   Nick Vogt   Comments (13)
Please note that this post is over a year old and may contain outdated information.
In Android 5.0 Lollipop, Google introduced a white background to the app drawer screens. This follows their material design philosophy, but may be too bright for some of us.

There is no setting to switch app drawer themes or get KitKat's dark semi-transparent background back, but you can change this by installing a different launcher app.

This guide was written with stock/near-stock Android devices in mind, like the Nexus 5.

Installing a different launcher might seem like a daunting task, but it is just as easy as installing any other app.

Step 1
Go to the Google Play Store and install a highly-rated launcher. My recommendation is Nova Launcher.

Step 2
Once installed, you can switch to a different launcher when you tap the home button. 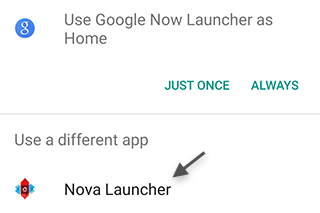 When you switch launchers, your home screen and app drawer will look different. Each launcher has a different take on how they look. Nova Launcher can be configured similar to KitKat, but you can customize it to suit your preference.

Each launcher is also isolated from each other, so if you change a bunch of shortcuts, icons, and widgets around in one launcher, it does not affect the others. If you switch back to the "Google Now Launcher" (the stock one) it won't be affected by any Play Store launchers you installed.

Step 3
If you decide to stick with a certain launcher, tap the home button again while using that launcher, and then tap "Always": 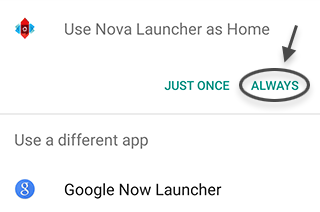 If you've gone with Nova Launcher, here is the setting to remove the app drawer white background. Go into "Nova Settings" and tap "App & widget drawers": 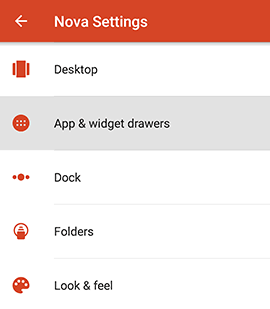 Then tap the slider to turn "Card background" off: 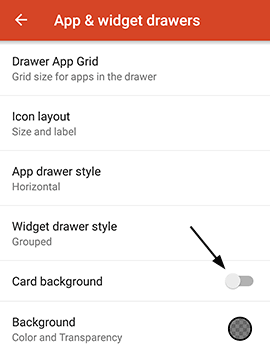 Now there should be no card background in the app drawer. You can also experiment with other settings, including different color and transparency backgrounds.

How to Switch Back

Go into your app drawer and there will be a new icon in there called Google Now Launcher. This is your default launcher and the icon only shows up when you're using a custom launcher.

Tap it and you will be shown a screen informing you that you're currently using a different launcher, and that you have to clear its default settings. Tap "Settings":

Now you're on the App Info page for your custom launcher. Scroll down and click "Clear Defaults": 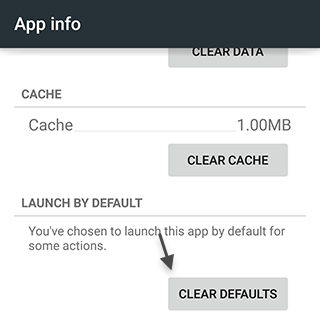 Now when you hit the home button, you will once again be presented with the screen to select your launcher, and you can switch launchers.

Before and After Screenshots

Here are some screenshots showing how I've configured Nova Launcher differently than the stock launcher. 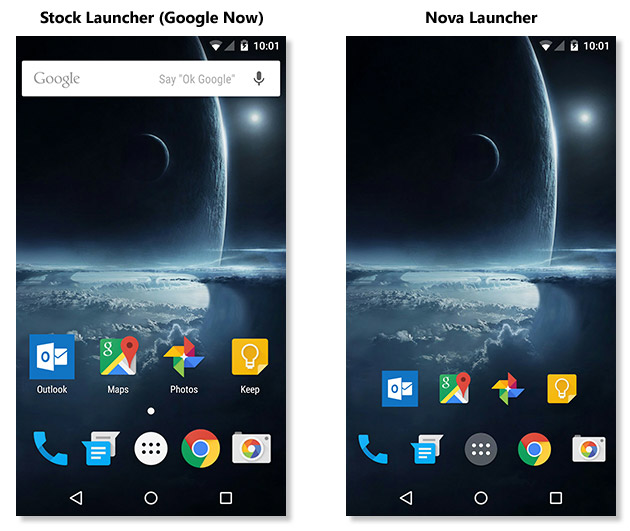 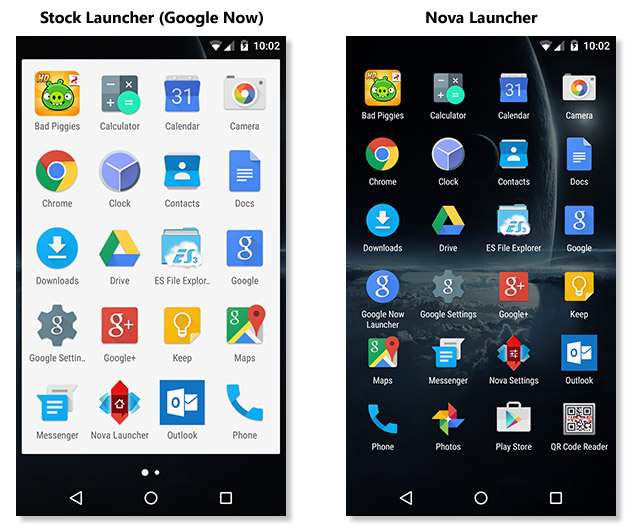 Wireless Bluetooth Earbuds
See More Details
What To Read Next

Add a Comment
Bhai   Oct 01, 2018
Nice
tgdfg   May 31, 2018
This doesn't work if you have enabled the tabs.
Debbie   Feb 24, 2018
Min app drawer still looks the same went through the process didn't work
Romulus Tiberius   Jul 21, 2017
white background in messages SUCKS ur Right Bloody JITI a Moron who didn't make it to Idiot haha
Herry Id   Feb 17, 2017
This is awesome You really good
Greg Hill   Jan 12, 2017
Many thanks.
Shailesh Soni   Jun 27, 2016
Nice article and well presented
Yohanes Njole   May 14, 2016
Thanx a lot. You helped me
Christopher Brown   May 12, 2016
Installed Kingroot and that seems to have sorted the problem out. Don't the developers realize half the people running Android have OLED displays that use more power when displaying white?
Silvano Stasolla   Jan 26, 2016
I am so annoyed with designers and programmers that have to have it THEIR WAY. One of the reasons I switched to Android is because it offered me OPTIONS. If you like a light bulb piercing your eyes at 6 am when you are still half asleep and want to check your dumbphone it's your problem. I prefer a relaxing black background...JUST GIVE PEOPLE OPTIONS!
Dean Hosking   Jun 03, 2015
Not only that for color blind people it can cause all sorts of issues. I can't read half the links that come up because they are a washed out blue on a white background. Useless
Alan Kingsley   Feb 11, 2015
I appreciate the suggestions, but the post doesn't address the answer to the title, which is how to get back white on black notification screen. I can't find such an option within Nova Launcher.
Cezary Michlic   Jan 31, 2015
I wish to meet that idiot from google who agree to make white background ...... Now in the evening at home everybody knows I'm checking settings or notifications because the house is bright like at detonation of nuclear weapon.
Share This Post
Twitter
Top Android Accessories