Apr 8, 2016   Web and Internet   Nick Vogt   Comments (46)
Please note that this post is over a year old and may contain outdated information.
Yahoo has video ads that auto-play when you empty your spam folder or have an empty inbox or other folder. When they first introduced them you could disable them, but shortly afterwards Yahoo made them permanent. Here is an easy way to remove them completely using any standard ad blocker.

To block these video ads from showing up, you'll need the uBlock Origin browser extension for either Chrome or Firefox. This extension has the ability to block 3rd party iframes, which is what is required here. Normal element filtering or source blocking won't work, since Yahoo changes the names of their source and elements dynamically with each page load.

This is what your dynamic filtering pane should look like when you're done. Don't forget to hit the lock button to make the changes permanent. 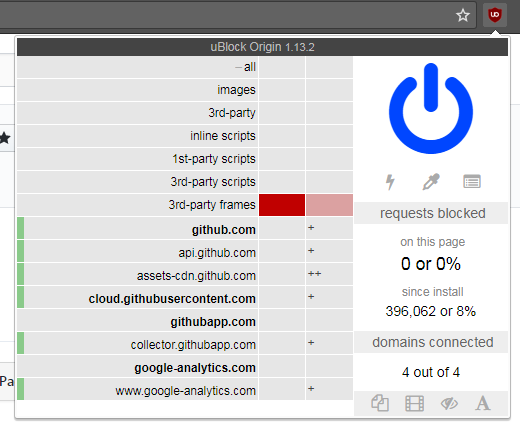 You may have to occasionally "unbreak" a website if its functionality relies on a 3rd party iframe. This should be very uncommon.

The previous version of Yahoo Mail has video ads that could be blocked with this simple filter: